Tomorrow night marks the start of Rosh Hashanah. Next Friday night marks the beginning of Yom Kippur. And in the ten days between those two holidays, HuffPo tells me, the time is ripe for repenting.

In a similar vein (it’s relevant; stay with me!), last week at church, an outside church official was called in to commend a retired pastor and his wife for their 50 years of service. As best as I can recall, this was his opening statement:

“In the beginning God created man … and man needed someone to take care of him, so God created woman. That’s the way God intended it: one woman, taking care of one man.”

He went on to describe the couple. About the wife, he said, “She’s very intelligent — she actually knows quite a lot about church history and theology.”

This official is probably a very nice man. He might be a great husband, loving and working with his wife in a dance they’ve had many years to choreograph. He might have beloved children and grandchildren, and perhaps a faithful elderly dog of whom he takes excellent care.

But there are a number of points in his words that show that he’s operating within a status quo that could use a little finessing. First, he’s relying on the old trope that men need to be taken care of, that they’re helpless without women. Second, purposefully or not, he’s making a statement on what a “real marriage” looks like. And finally, he’s insinuating that an intelligent woman is a rare thing. 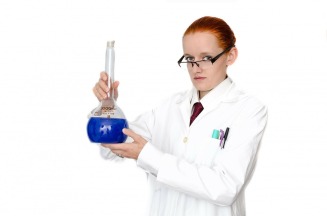 “Here we see the elusive female of the species Intelligensia scientia. If she can navigate alarmingly common levels of sexual harassment in her habitat, she’s got a long life ahead of her.”

Here’s one objection I hear in the back left corner of my brain, from a worried little gnome I call Hermann: “But Sonya, don’t you want women to be praised for their intelligence? If he’d praised her as a great cook or a wonderful hostess, you would have skewered him for being too traditional.”

And here’s another: “But Sonya, you have no idea how the couple felt about that introduction. Maybe they were A-OK with it.”

And one more (Hermann’s in fine form tonight): “But Sonya, maybe you’re just projecting, after growing up as a pastor’s daughter and seeing case after case of pastors’ wives — not your mother, but others— who were pigeonholed into teaching the children’s classes, playing the piano, being unofficial social workers for the community, and generally putting their own careers on the back burner in order to support their husbands’ work.”

Some very good points — thank you, Hermann. Let’s pretend he’s right on all three counts: the pastor’s wife was actually tickled pink by the official’s words, and I am not just a screeching harpy, but a projecting screeching harpy.

Little did they realize that the harpies just wanted a quiet evening of full-screen Gilmore Girls reruns.

But these objections aside, the fact remains that the church is, by and large, still run by privileged people — people who are white, straight, male, educated, and/or able-bodied, and are thus free to ignore the fact that people different from them are governed by different rules. I’m not saying that they all do this; I’m saying that they have that freedom. If you don’t believe me, take white privilege as an example and check out the statistics in this excellent cartoon.

If you’re not familiar with the term (as I wasn’t until a school workshop six months ago), microaggression occurs whenever someone doles out a statement or action that misjudges a person or audience based on their real or perceived race, sex, gender expression, sexuality, ability, health, class, or financial status. In practice, microaggression might look like this: 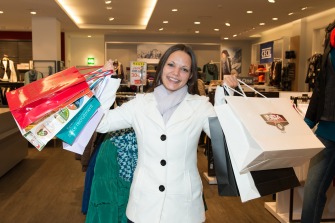 I believe microaggression stems largely from privilege. When we think everyone has the same chances at succeeding in life, we might feel comfortable joking about poverty. When we think racism is a thing of the past, we might think it doesn’t make any sense to have scholarships targeted at minority students. When we feel unequivocally at home in our gender identity, we might have a hard time understanding why some people feel stymied by a form that requires them to check either “male” or “female”.

Or, if we’re in charge of some aspect of church proceedings, we might do one of these things: 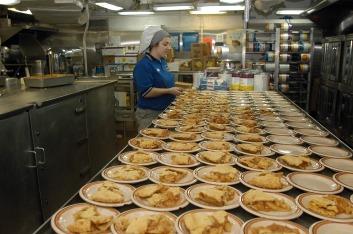 She might rather join the theological discussions out on the floor. Or she might love doing this job, potluck after potluck. Either choice is valid … but shouldn’t she feel free to make that choice?

I am by no means guiltless in the land of microaggressions. I’ve referred to groups of people as “mentally ill” and “normal”; I’ve smiled at a friend’s line about a Korean-American acquaintance’s parents “owning a dry cleaning shop … of course”; I once wrote an article poking fun at men who use Pinterest; I’ve expressed the opinion that Islam harms women; I’ve assumed that someone was male when she actually identified as female.

I didn’t mean to hurt people by doing these things. Church leaders who commit microaggressions probably don’t mean to cause harm.  But intent isn’t important here. Impact is.

Whether you’re currently welcoming the year 5775 or still living in A.D. 2014, 1436, 1731, 2558, 171, or something else, let’s all jump on the repentance bandwagon for the next ten days, thinking seriously about our privileges and how we can better relate to those who don’t have them. We can’t undo the microaggressions we’ve already committed, but we can prevent the ones we might have committed in the future as less aware people.

Photo credits: Ron gif from Tumblr; scientist from PublicDomainPictures on Pixabay; harpies from Wikimedia Commons, projector from geralt on Pixabay, and photo editing made possible by LunaPic; shopping woman from Andi_Graf on Pixabay; woman in kitchen is actually a ship’s cook in the Persian Gulf, courtesy of tpsdave on Pixabay.

Follow The Yodeling Shadow on WordPress.com
Join 104 other subscribers